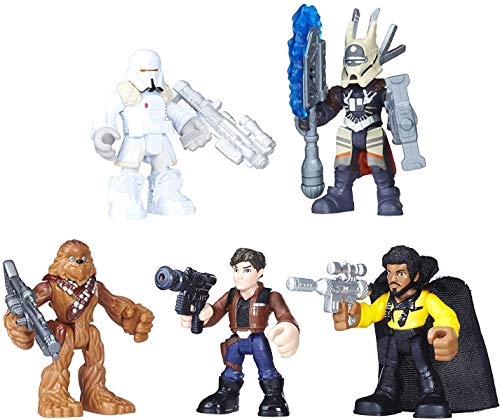 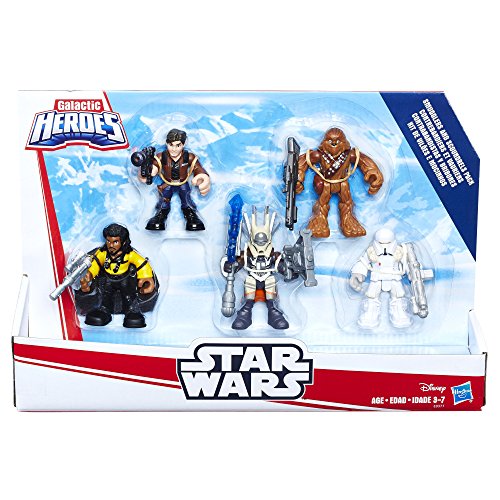 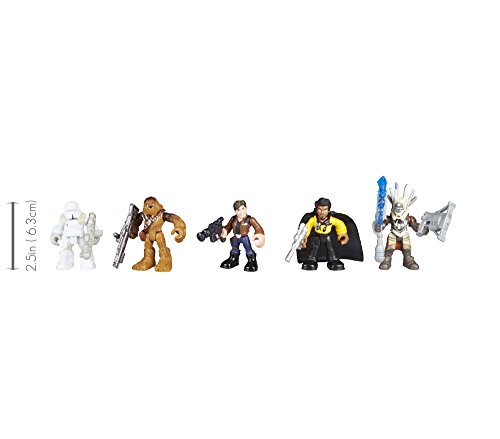 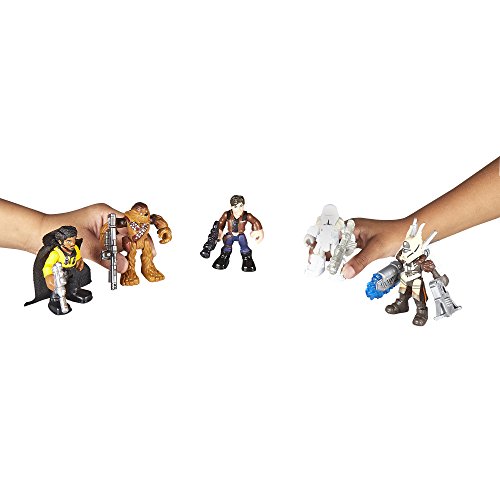 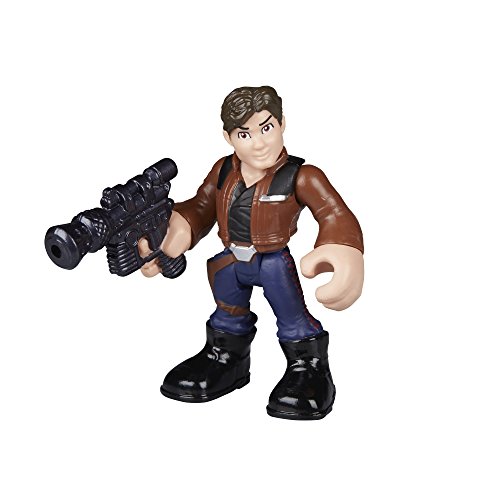 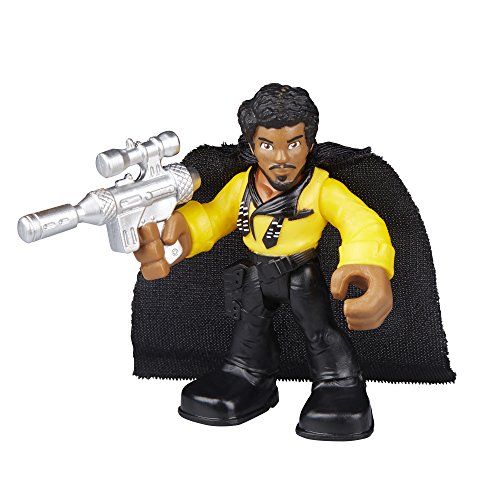 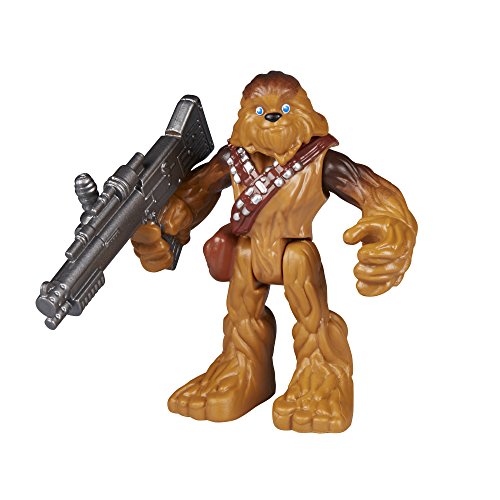 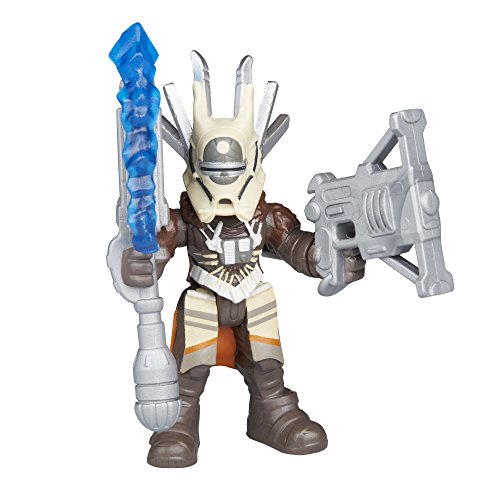 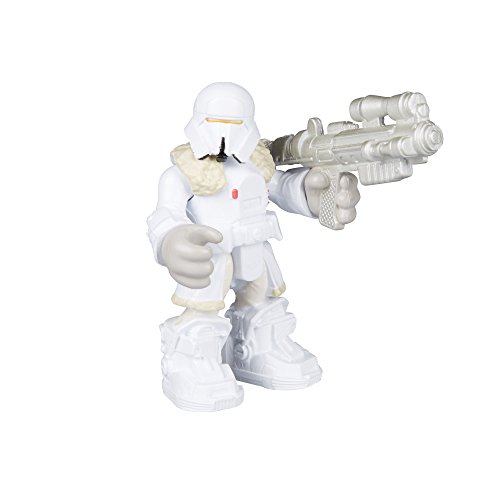 Young Jedi can imagine exploring the galaxy’s rough-and-tumble underbelly with the Star Wars Galactic Heroes Smuggler and Scoundrels pack! These figures get a battling boost with the Galactic Heroes power up arms that snap on and off. Gear up the Han Solo, Chewbacca, Lando Calrissian, and Chewbacca figures with blasters, and the Enfys Nest figure with blaster and staff. Kids can then pretend the young smugglers are attempting to outrun the villainous scoundrels! For even more fun, look for all the Star Wars Galactic Heroes figure and playsets. (Figures and playsets sold separately. Subject to availability.) Star Wars products are produced by Hasbro under license from Lucasfilm Ltd. Hasbro, Playskool, and Galactic Heroes are trademarks of Hasbro. Hasbro and all related terms are trademarks of Hasbro.Includes Enfys Nest, Han Solo, Chewbacca, Lando Calrissian, and Range Trooper figures
Figures have power up arms, removable arms that snap on and off
Sized right for young Jedi
Ages 3 to 7 years