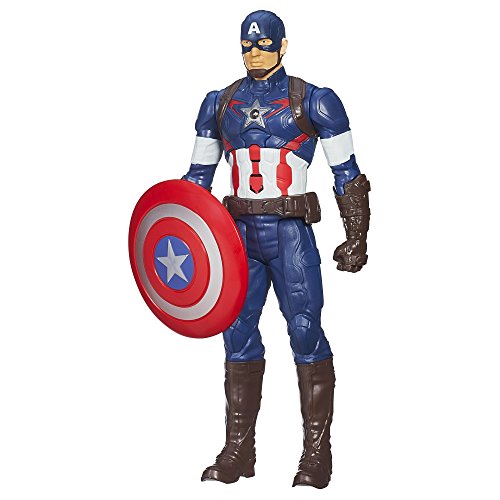 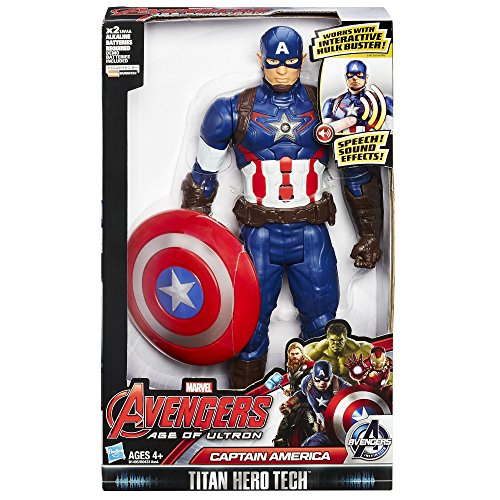 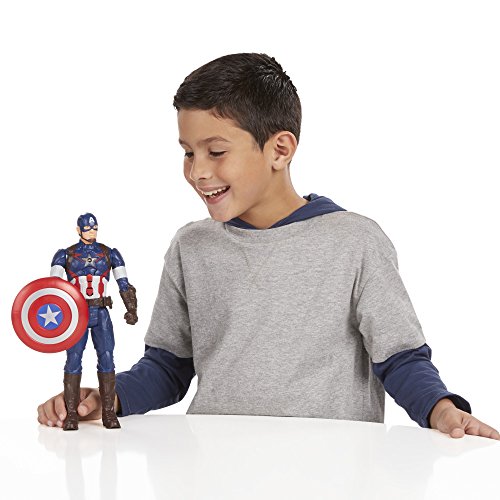 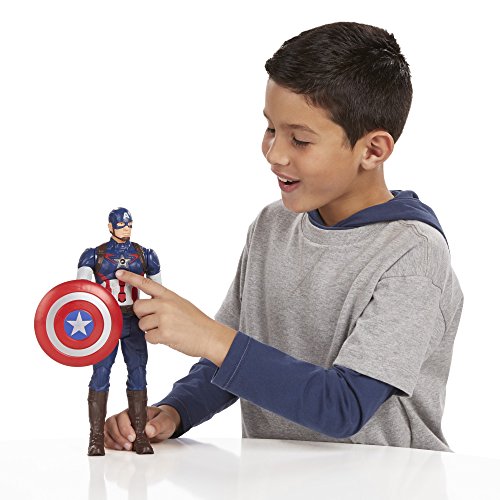 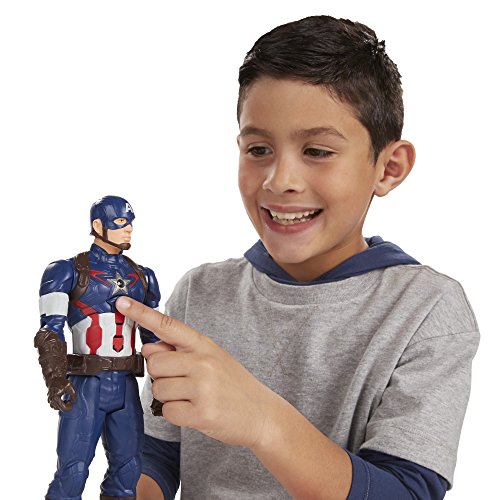 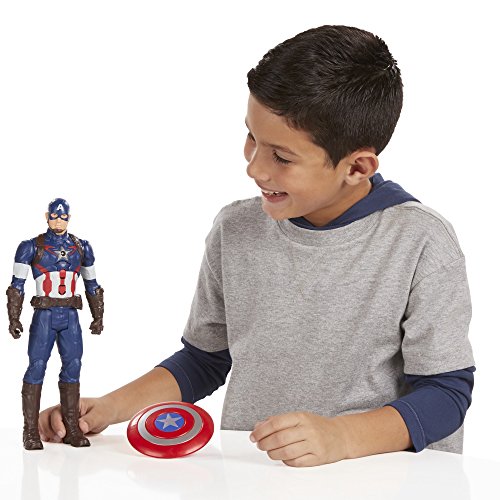 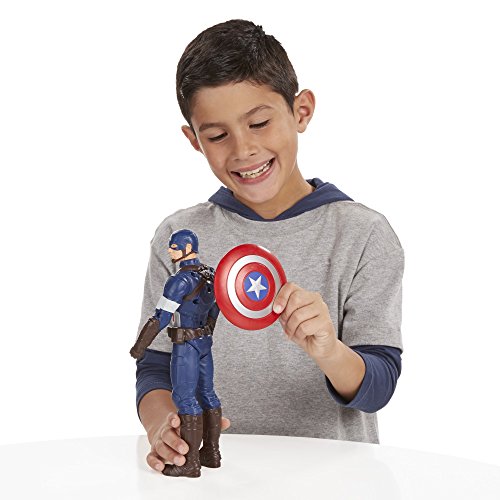 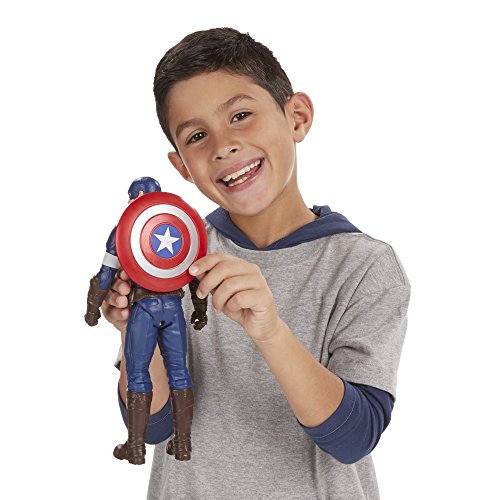 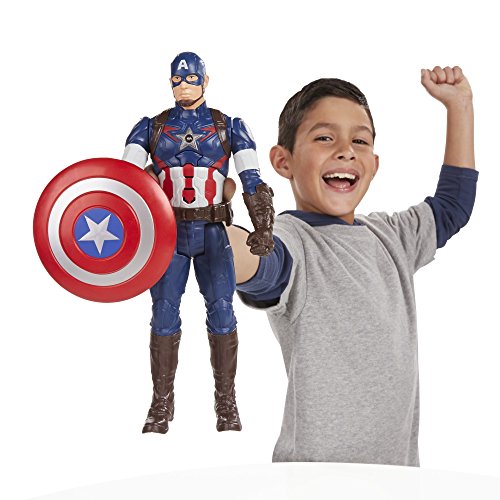 All of their powers will be put to the test as the Avengers assemble to take on their greatest enemy: Ultron! Obsessed with mechanical perfection, Ultron will stop at nothing to control the world! Can the Avengers defeat him and save humanity? Enter the battle with Titan Hero Tech Captain America! Titan Hero Tech figures come packed with Super Hero sounds and phrases! Captain America says: • “I’m Captain America.” • “Avengers, assemble!” • “Stand and fight, soldier.” • “Tony, we’ve got to stop Ultron.” • “Hulk, smash!” • “The Avengers fight as one.” • “Watch our flank!” • “Ultron is everywhere!” • “We’re winning this one, Avengers!” • “Captain America reporting for duty.” • “Avengers, it’s time to disassemble Ultron!” • “Captain America to all available Avengers: we need backup!” Plus, Titan Hero Tech figures work with Interactive Hulk Buster (sold separately). Interactive Hulk Buster recognizes and reacts to Titan Hero Tech figures, speaking unique phrases to each one! Copyright 2015 Marvel. Hasbro and all related terms are trademarks of Hasbro.Super Hero phrases and sound effects
Figure based on the movie Avengers: Age of Ultron
12-inch action figure with 5-point articulation
Works with Interactive Hulk Buster (sold separately)
Requires 2 AA batteries, demo batteries included