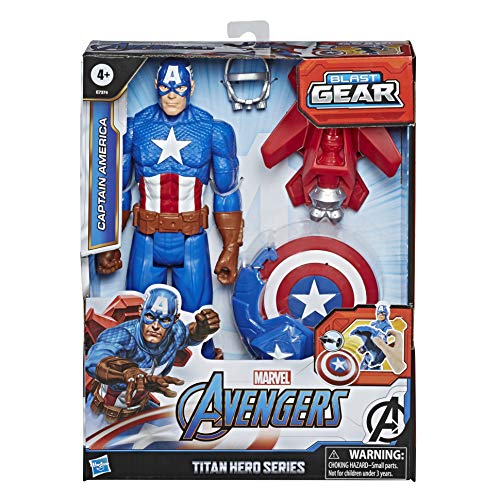 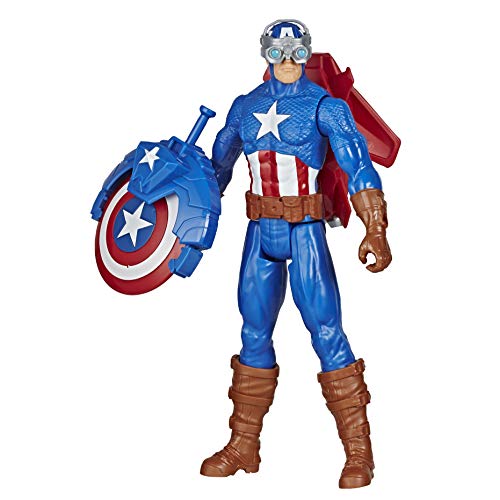 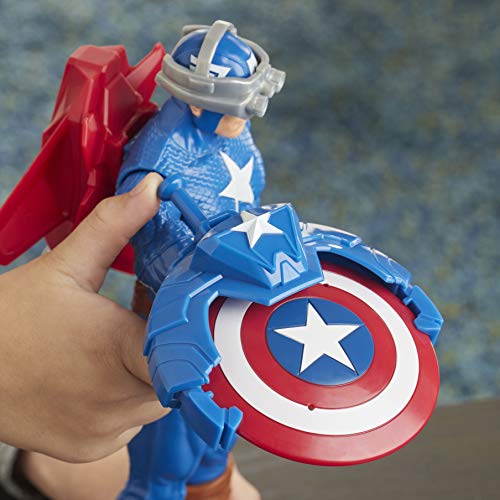 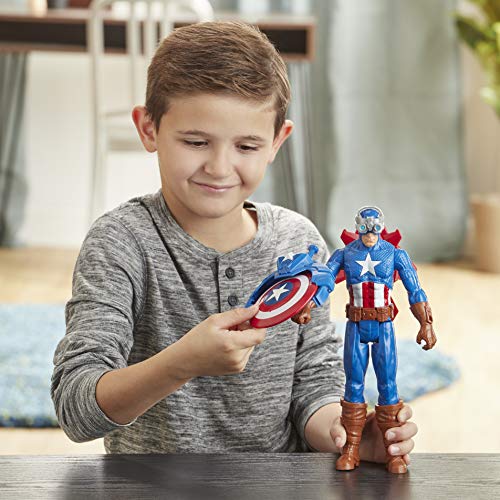 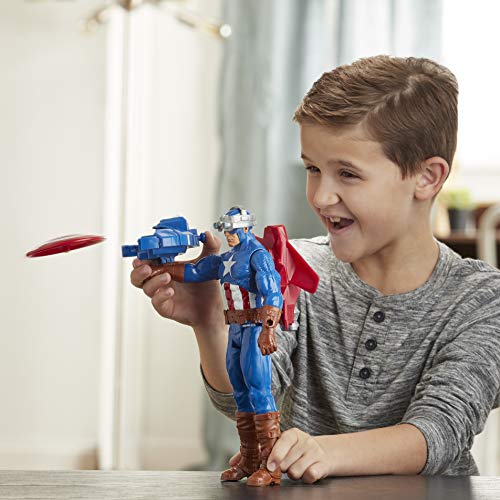 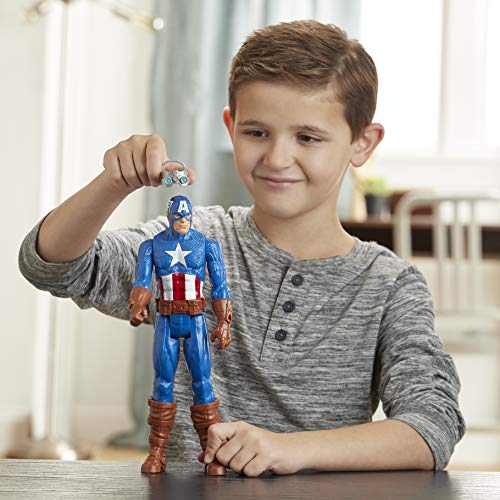 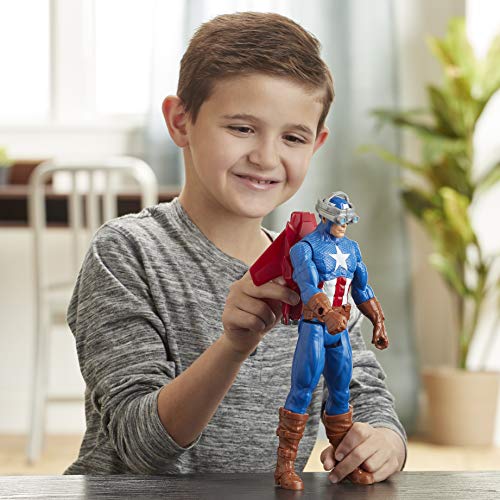 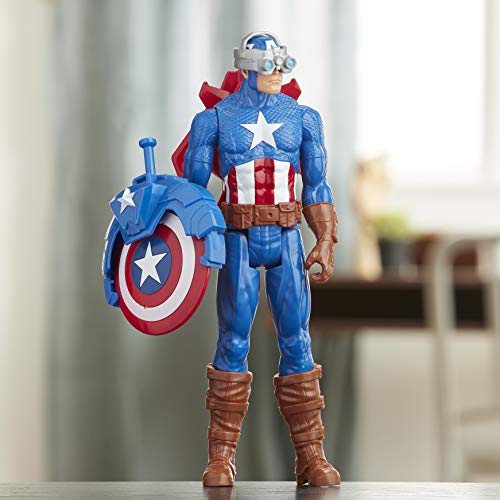 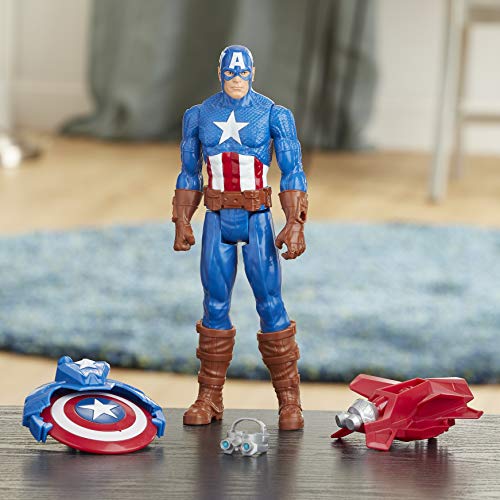 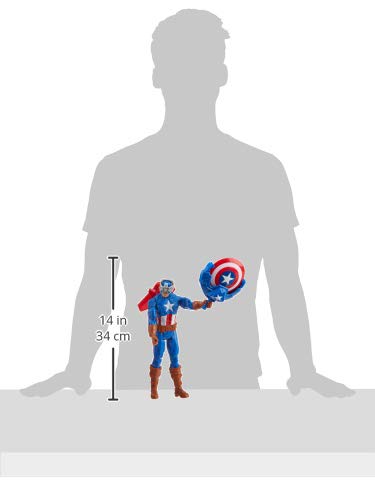 Imagine leaping into adventure with Avengers figures, vehicles, and roleplay items inspired by the Marvel Universe. With this classic inspired line of toys, kids can imagine all the action of the Avengers Universe with their favorite heroes including Captain America, Iron Man, and Black Panther. Products each sold separately. Subject to availability.

Kids can imagine the heroic Avengers leaping into battle with this Avengers figure from the Titan Hero Series! When kids connect the Titan Hero Blast Gear launcher to this figure’s back port, they can launch projectiles!

Copyright 2019 MARVEL.
Hasbro and all related terms are trademarks of Hasbro.12-INCH SCALE CAPTAIN AMERICA FIGURE: Imagine the daring Steve Rogers suiting up as a courageous hero with this 12-inch-scale figure, inspired by the classic character design from the Marvel Universe.
TITAN HERO SERIES BLAST GEAR SYSTEM: Cool characters and awesome launcher accessories – it’s what the Blast Gear System is all about! Each Blast Gear figure includes a compatible launcher and projectiles. Collect them all to complete the Blast Gear arsenal!
LOAD UP AND LAUNCH AWAY WITH BLAST GEAR ACCESSORIES: Load and re-load the shield projectile into the Blast Gear Launcher (included), connect launcher to Avengers Blast Gear Captain America figure and fire with the push of a button! Figure includes launcher. Captain America figure also includes Cap’s iconic shield accessory, to be used as a projectile.
LOOK FOR OTHER MARVEL TITAN HERO BLAST GEAR FIGURES: Be on the lookout for other Marvel Titan Hero Series figures and gear to imagine brave heroes defending the world from evil villains! Titan Hero Blast Gear System features launchers and projectiles that are compatible with any other Blast Gear figure, all inspired by the Marvel Universe. Additional products each sold separately. Subject to availability.
COMPATIBLE WITH ALL TITAN HERO FIGURES: Bring Blast Gear accessories along on any adventure! Blast Gear figures and accessories are compatible with all Marvel Titan Hero Series figures.